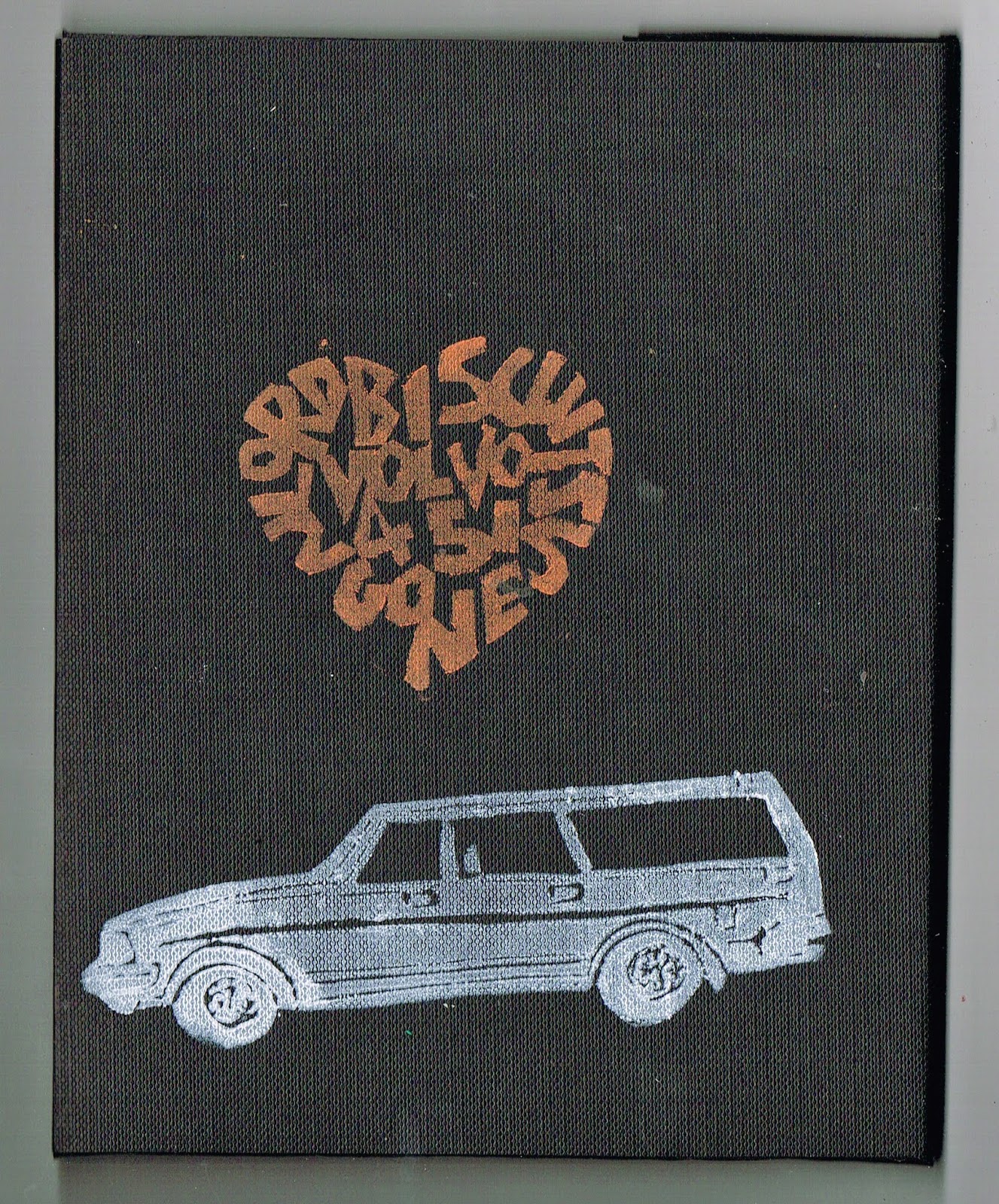 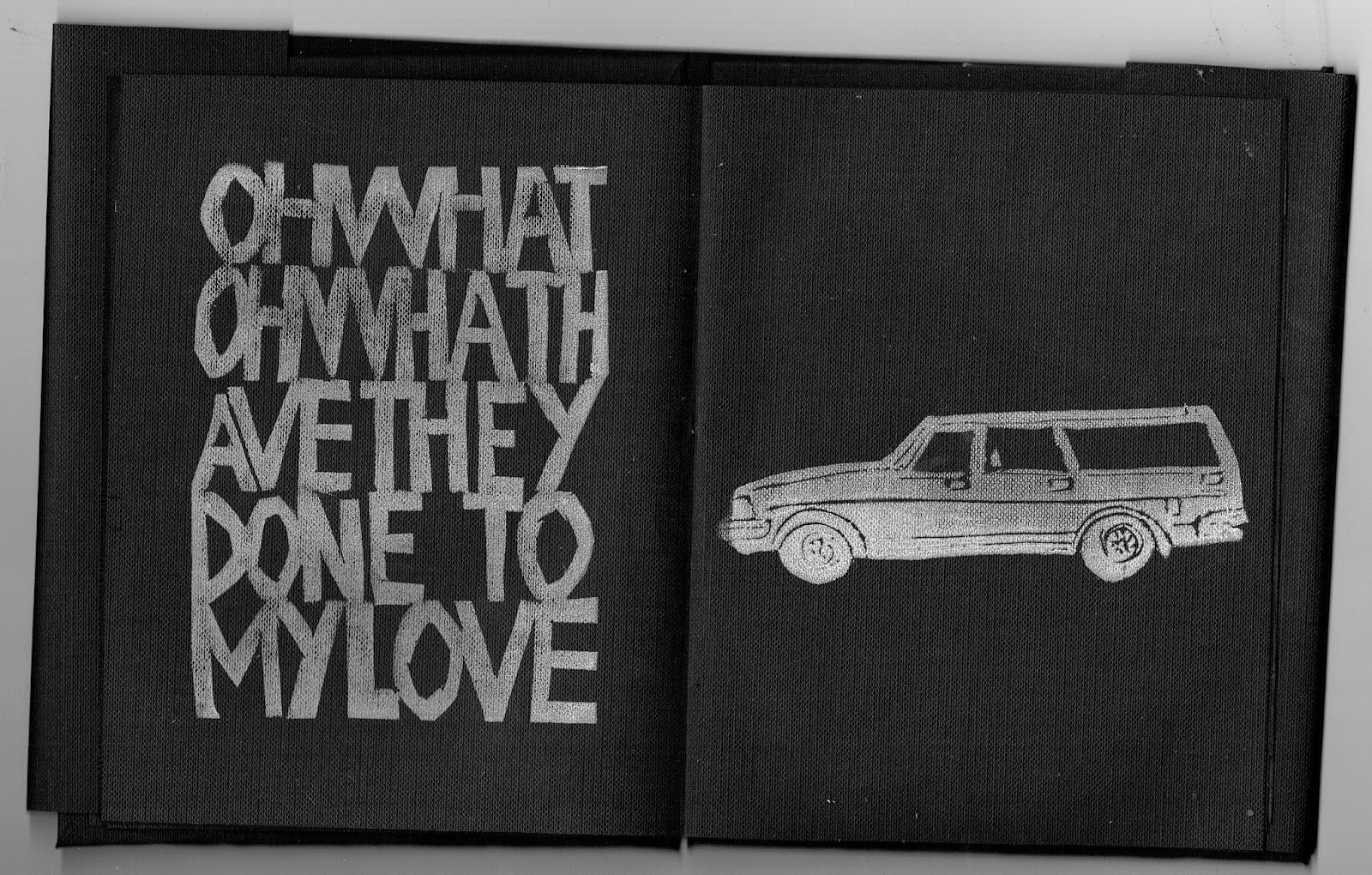 In case you might be interested,
each page is hand printed from a
cut foam rubber type block  and
each page is about 6 by 4 inches
and there are only a few left...
I made sixty or so but the plates have
started to crumble and deteriorate
so there'll be no second edition in this form. 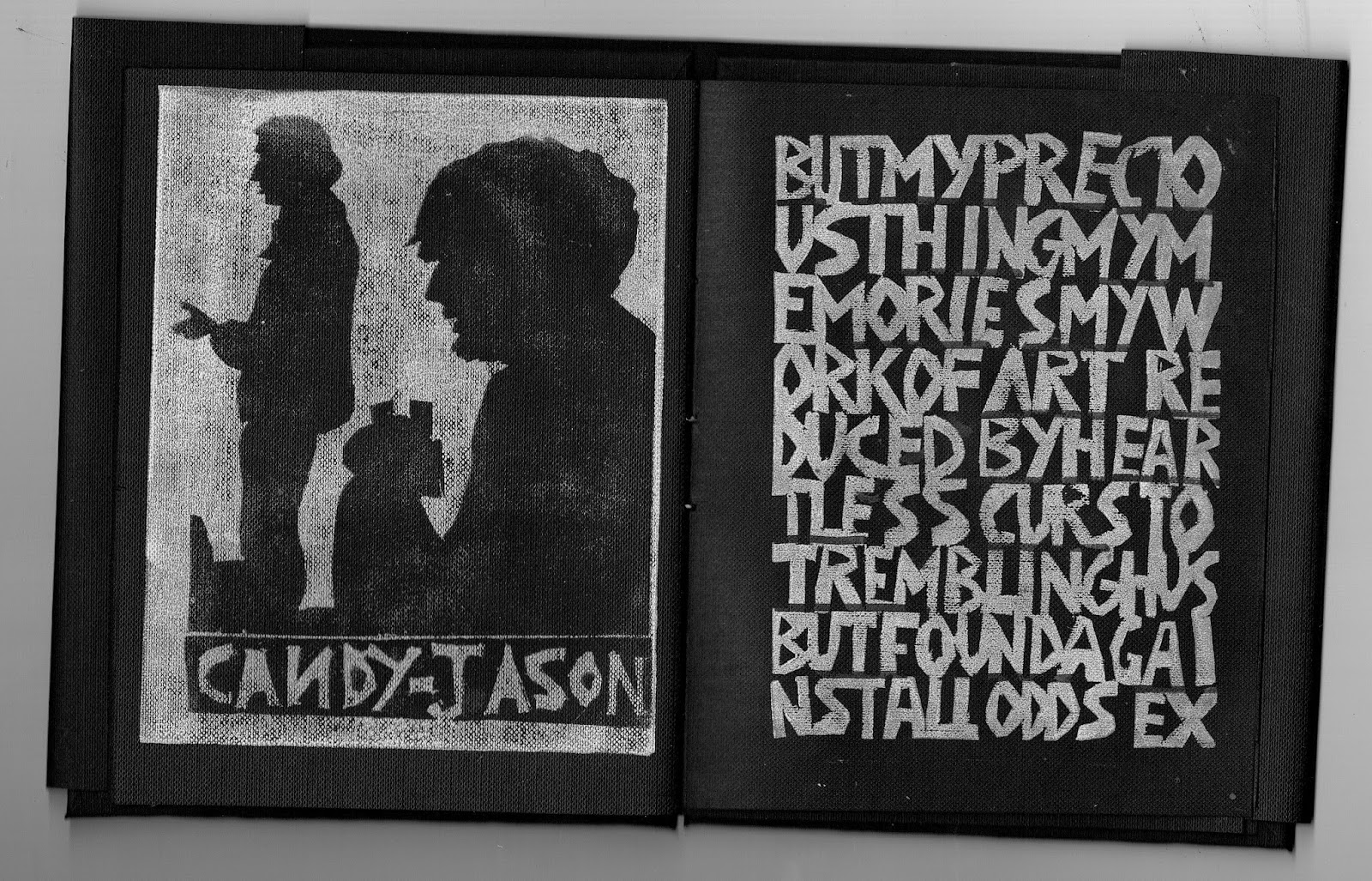 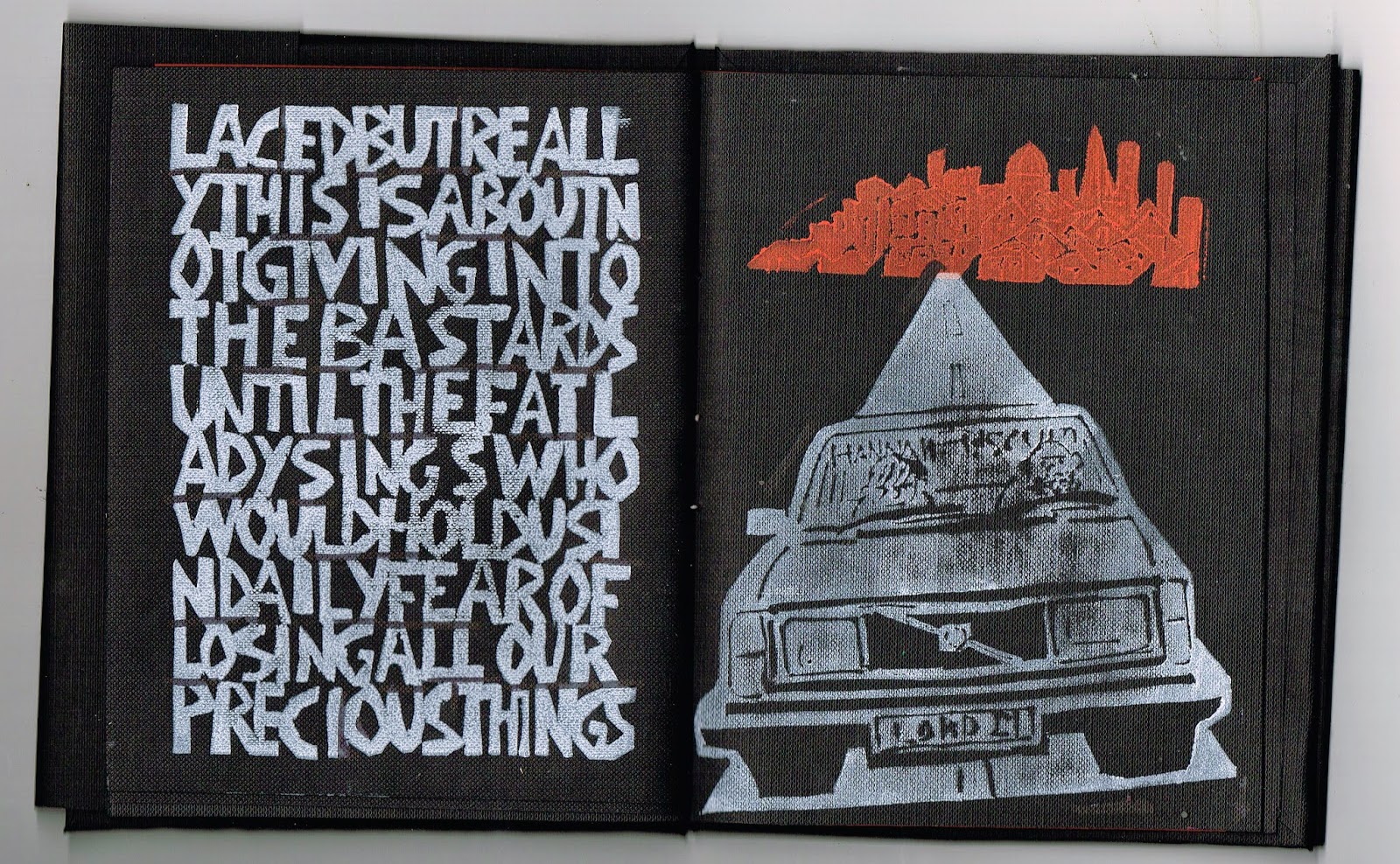 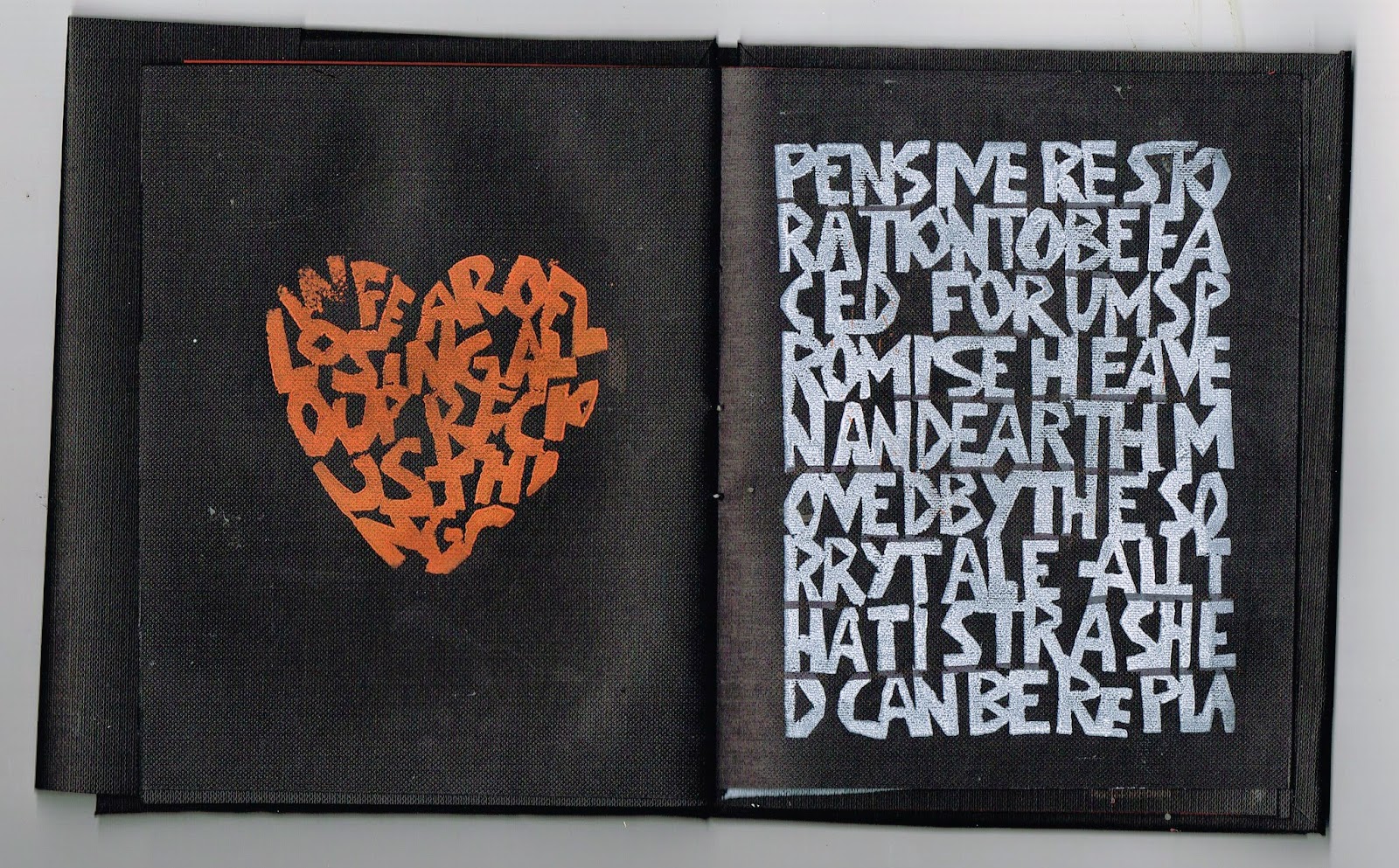 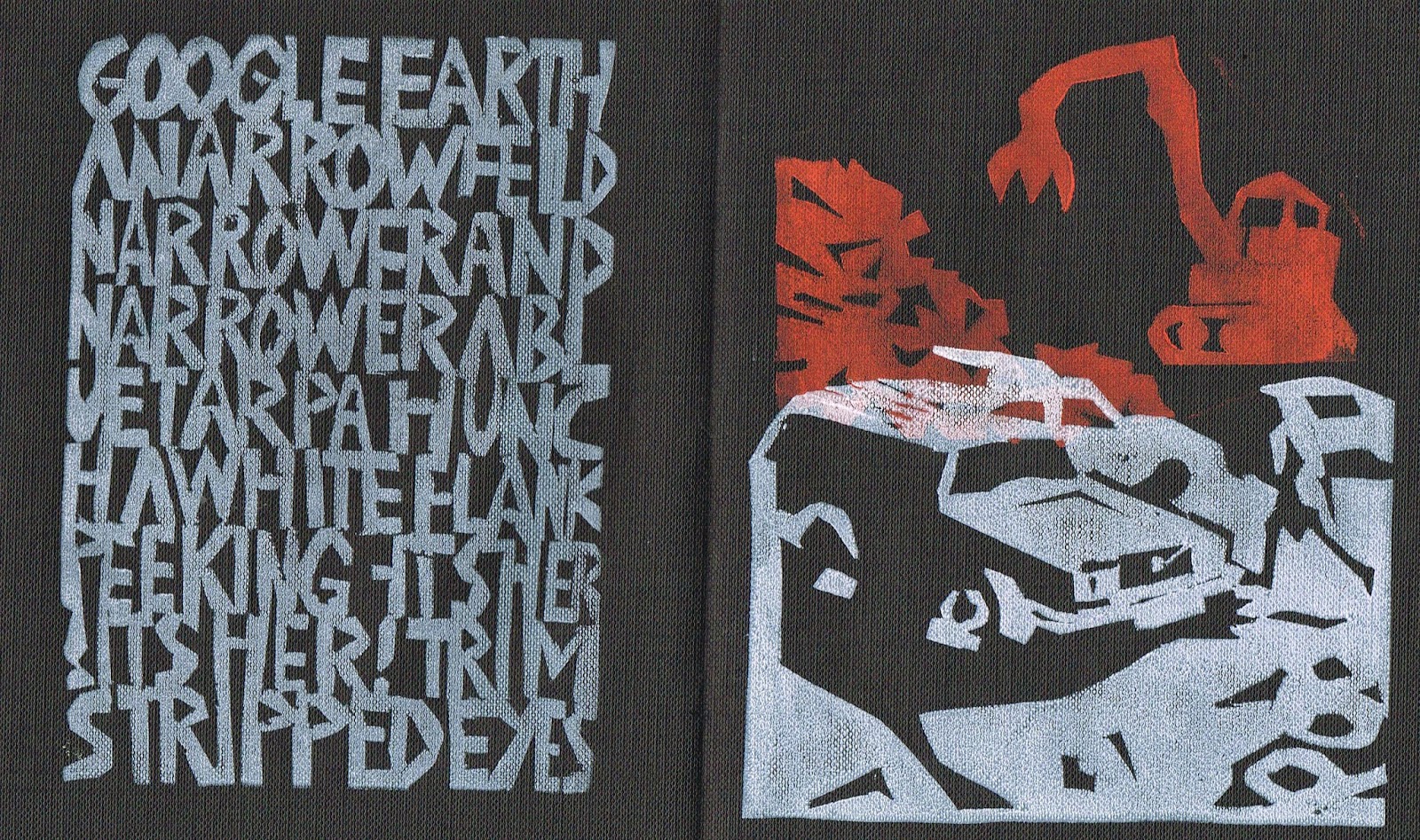 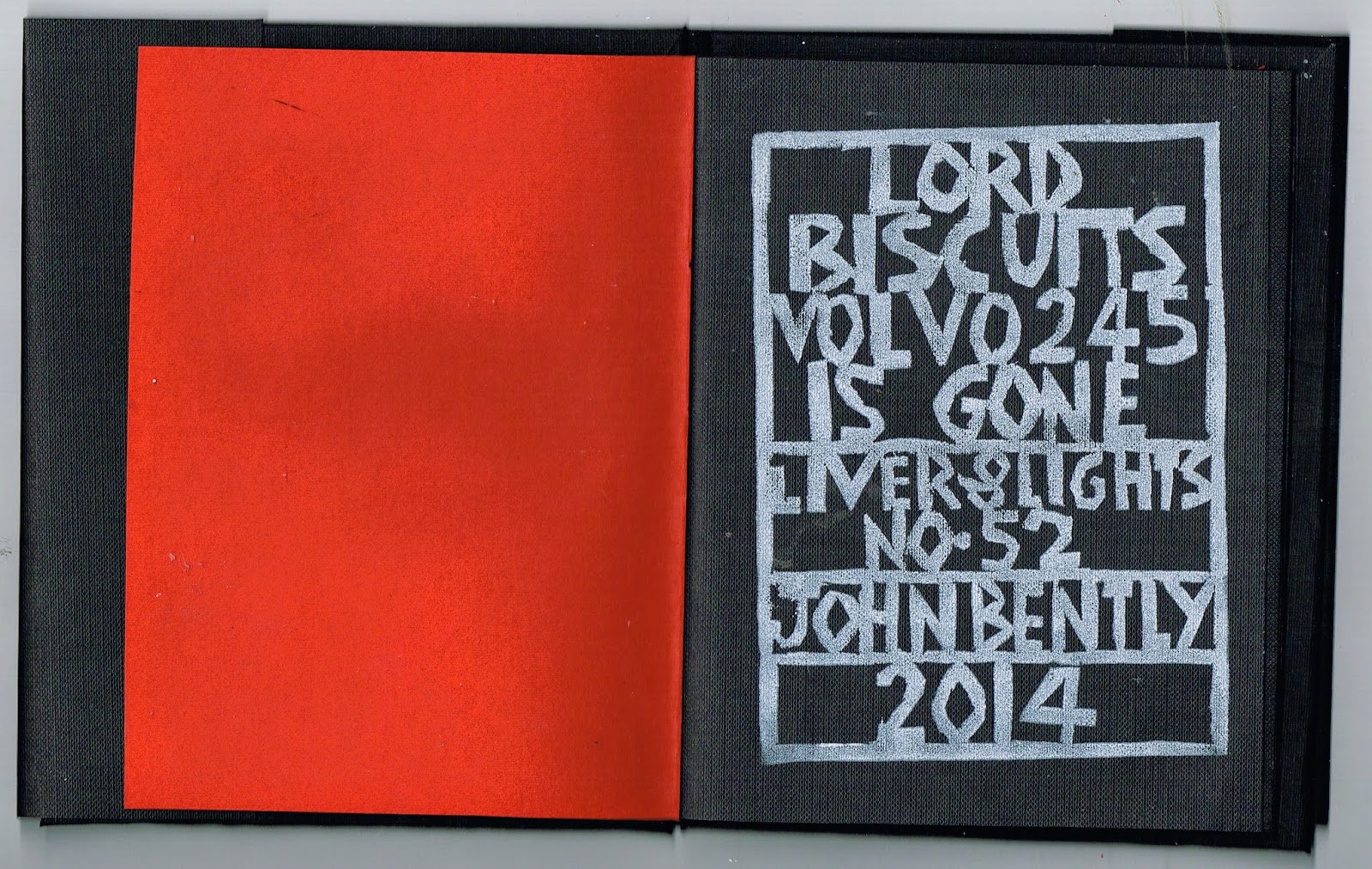 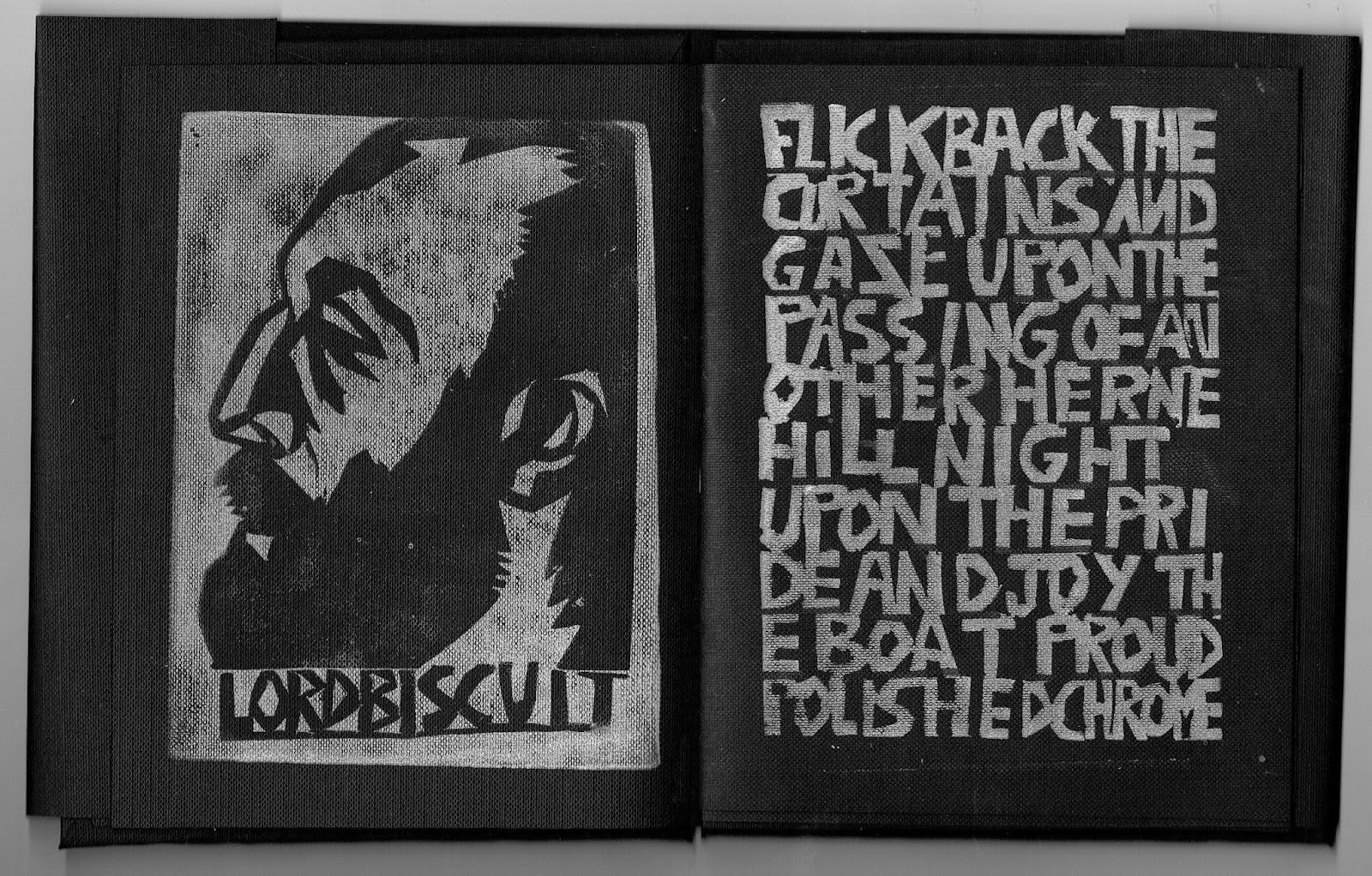 This last image is of a special edition of the book
I've just made, contained in a wooden hinged slipcase and with an original
painting inside. There are only three of these and they'll
be about £300 if you want one.   I might or might not
do some more......maybe one more.... 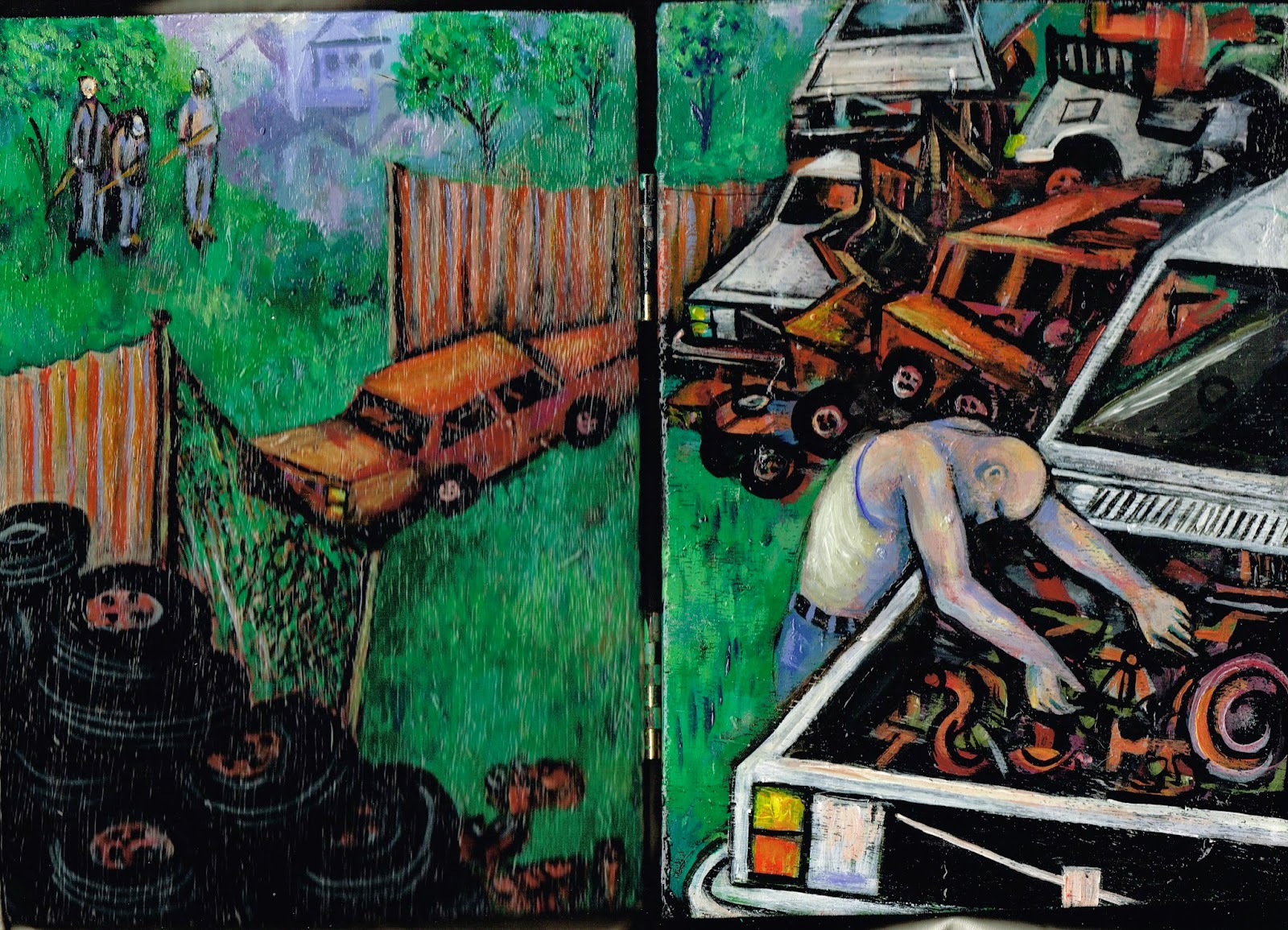 Posted by bonesandtheaft at 07:41 No comments:


I made this book, Liver & Lights No 23: 100 books in the mid 1990's as a personal response to various then recent acts of state tyranny against writers and other people who had criticised a government in some way...The Nigerian Ken Saro Wiwa just been  executed, among others. The project started life as a 100 word poem made in a 100 versions, with each version changed by one word, but somehow still retaining its meaning. I felt this somehow reflected my feeling that you can kill the singers but never the song, once sung. I set the poems in 100 different hand made books, this one being a giant newspaper, which Chiara Ambrosio has most kindly animated thereby bringing the work to life once more. Thanks Chiara!!
Posted by bonesandtheaft at 03:53 No comments: 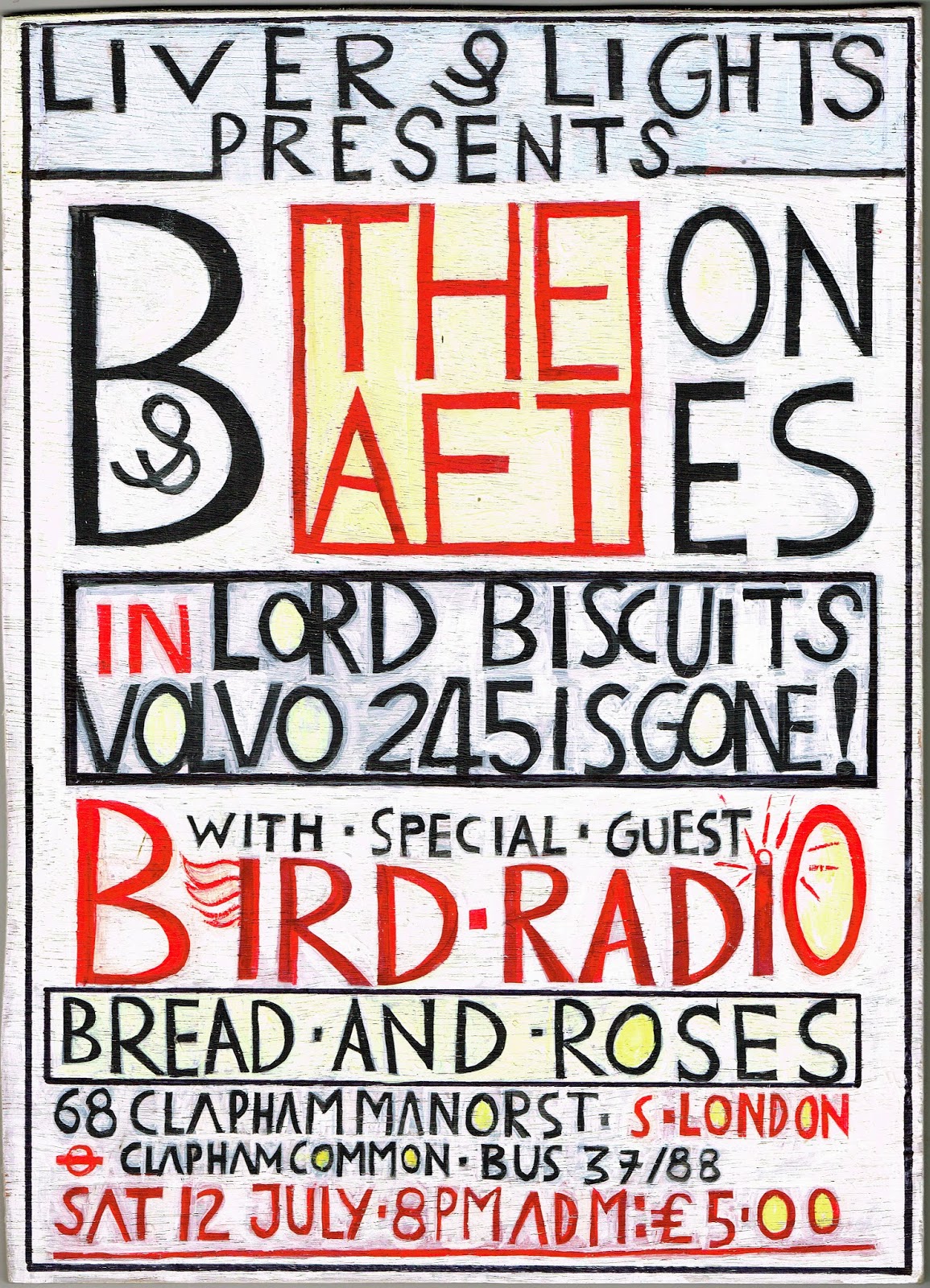 So...this is a bit of advance notice so's you can
keep it free in your diary...
We are launching our new book soon!!!  at

The book is called

A hand printed epic true story, brought
to life in book form and the
Primal Rock Theatre of

Bones and his Aft 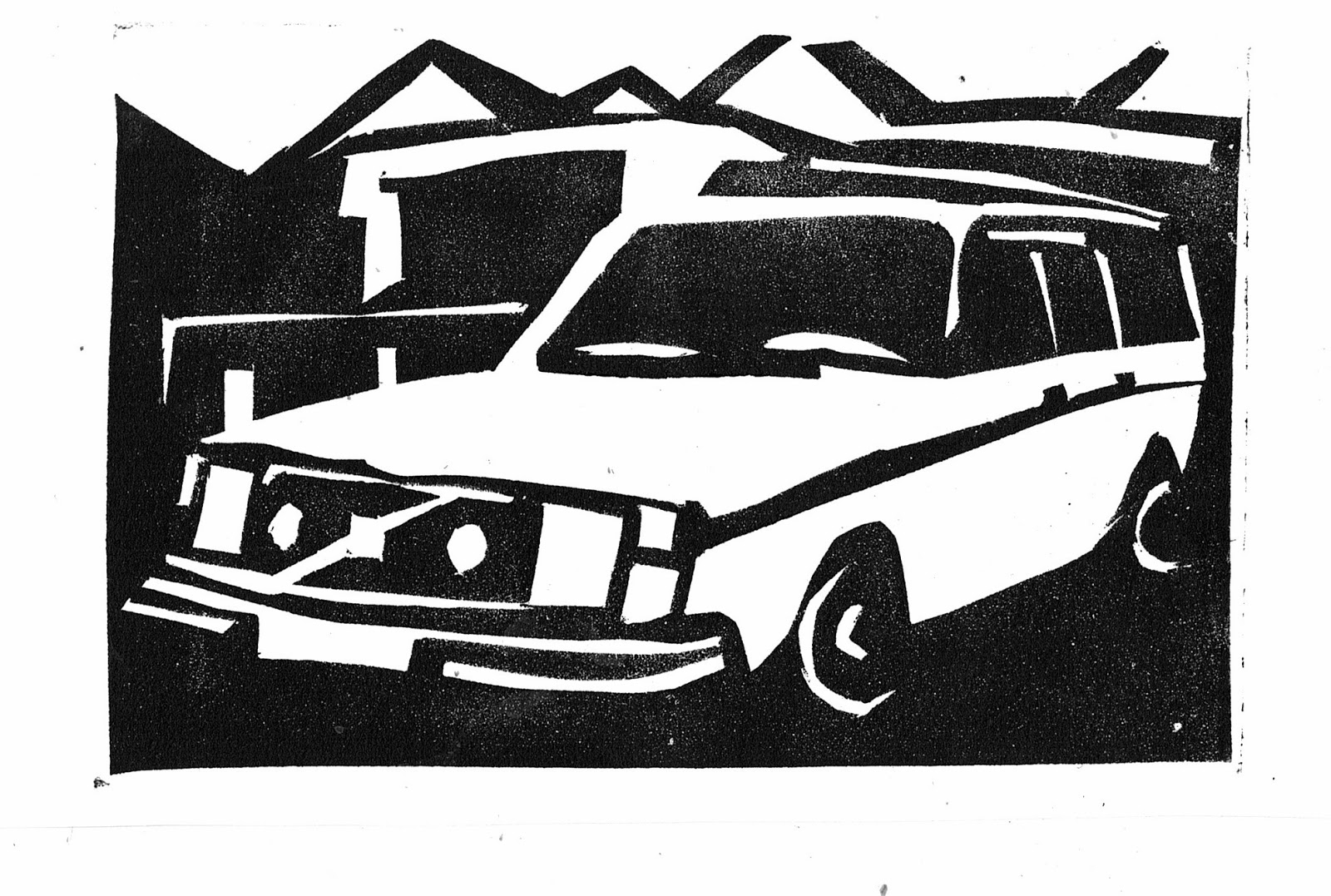 As you can see from the flyer,
we are joined on the night by the wonderful
flute toting performance artist musical
not to be missednessthat is

Bird Radio
who recently released his debut album
“The Boy and the Audience”
shortly followed by
the “Time to Go” Film Trilogy on 7th October 2013
with SFE/Cherry Red Records.

He is currently composing and recording his
second album"Oh, Happy England" based on
poems by Walter de la Mare, due for release in
2015.
www.birdradio.co.uk
http://ohhappyengland.tumblr.com

Bird Radio draws from primordial folk, blues and ritualistic sound
to create powerful songs that combine the ancient art of storytelling
with rousing and hypnotic beats and rhythms. 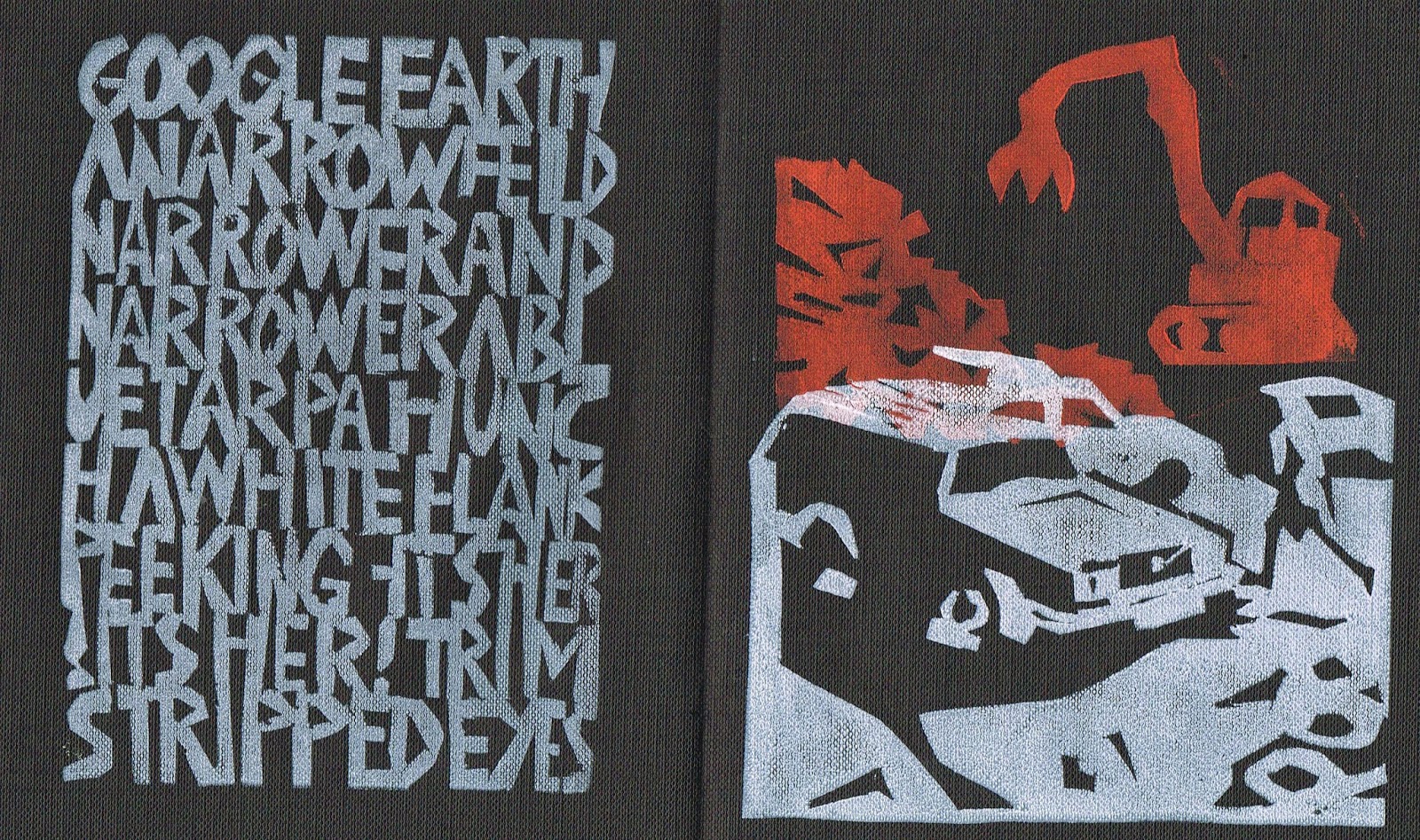 Liver & Lights No 52 ,
Is a heart warming
elegy to the Human Spirit.
The story of Lord Biscuit’s Jam Jar
and how he stood up to the bullies and thieves.
It is a small-edition book, very labour of lovingly
hand printed on black laid paper.  It has been
turned into a song and
available only on this night,  ( £30.00)
along with many and the usual
other hand made delights….

Posted by bonesandtheaft at 09:15 No comments:

a collaboration between Graphics and Illustration
degree students from Camberwell College of Art....
We provided a kind of musical icing on their cake...
Ian forgot his strap and had to sit down...Lord Biscuit forgot his sticks!
I forgot to wear underpants.....
but still the show went on, somehow!!